"When tobacco smoke smells also of the mouth that exhales it... Smoke without fire, the warmth of a seat which has just been left... Two forms cast in the same mold..." Marcel Duchamp, Notes, arranged and translated by Matisse, Boston: G K Hall, 1983.

Marcel Duchamp famously said that his concept of the infrathin was beyond definition, that it could only be explained in examples like those listed above. What the examples he listed tell us is that the infrathin addresses a liminal space wherein materials, language, and concepts meet only to become transformed into something else at the moment of their junction. As it were, this marriage is more imperceptible than it is unable to be articulated.

Amalgam by Sophia Borowska, is titled with a more common word, meaning mixture or blend. This artwork is a material meditation on the uniting of two different materials: yarn and cement. In this material conversation, some properties become emboldened and some become muted. Artistic intervention ultimately comes to alter how the behaviours of these two materials, both as they act together and apart, come to be perceived.  The hardness of the cement lends itself to the wool only to extenuate the strength of the yarn, which when knitted together can securely carry the load of the cement. At the same time, the softness of the wool, as it funnels the cement into unexpected and shapely organic forms, encourages a structure that readdresses strength many times in one viewing.

The resulting combination is a floor-to-ceiling installation that garners an intuitive relationship with the viewer, established on an experience of the tactile and the corporeal. As a study in material practice, Amalgam presents slippages between which material acts as a vessel and which is inferred to be contained. Cement and yarn readily alternate the role of skin, while both remain structurally necessary. The forms the cement takes are not hard. They've been shaped by the yarn, and by the hand of the artist, and consequently they bear the imprint of the body and the forms that emerge reference a human sensuousness.

Inspired by architectural forms, the process through which Amalgam was created shares many similarities with the large-scale architectural designs of Mark West. He is able to cast cement into unexpected results through the use of flexible fabric formworks (the technical term for a mould into which cement is poured). However, the industrially produced fabric mechanism of West's structures is not part and parcel of the end result as since the woven skin is shed prior to installation. In crucial contrast, for both structural and conceptual ends, neither material component of Amalgam can be deducted. It is with that understanding, that Amalgam exemplifies the possibility that the material properties of objects, enacted on each other, find the opportunity to slip between definitions only to discover a new hybridity of function and meaning. 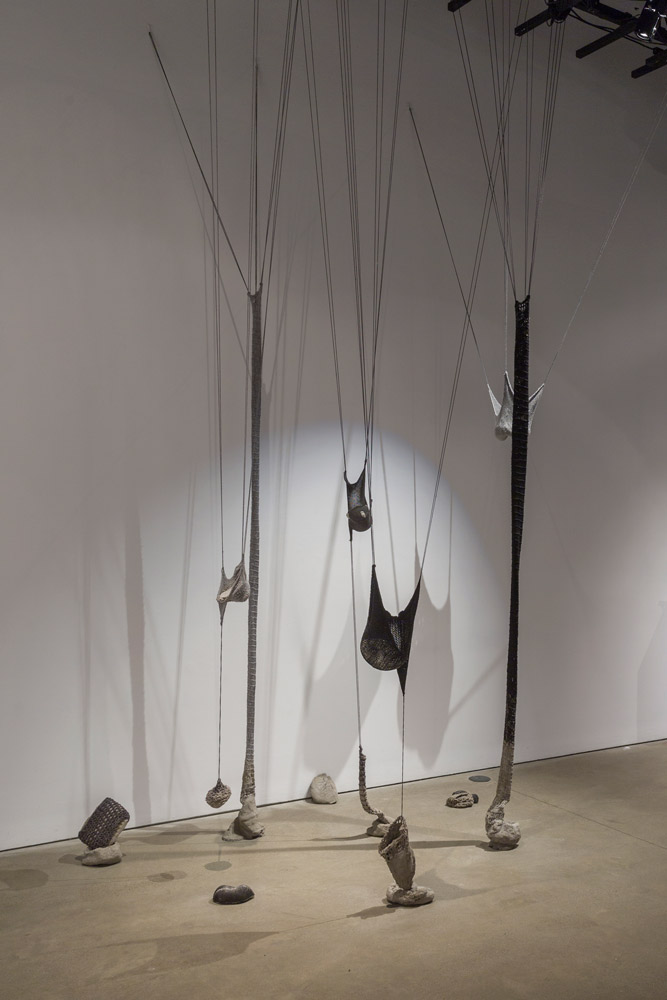 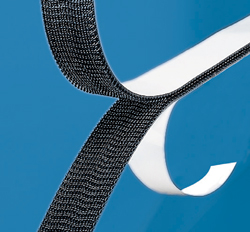 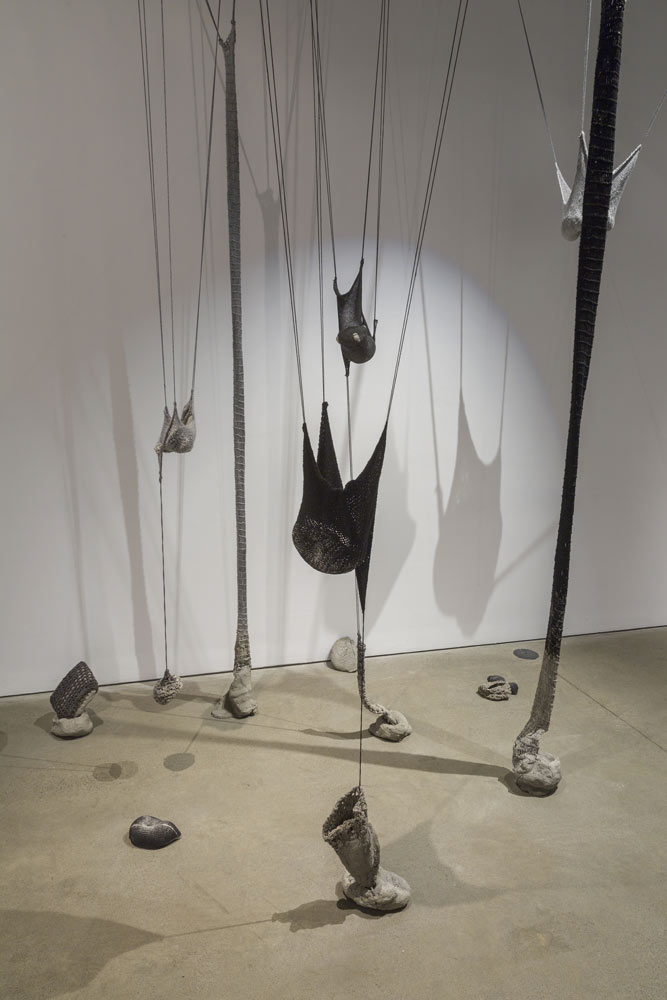 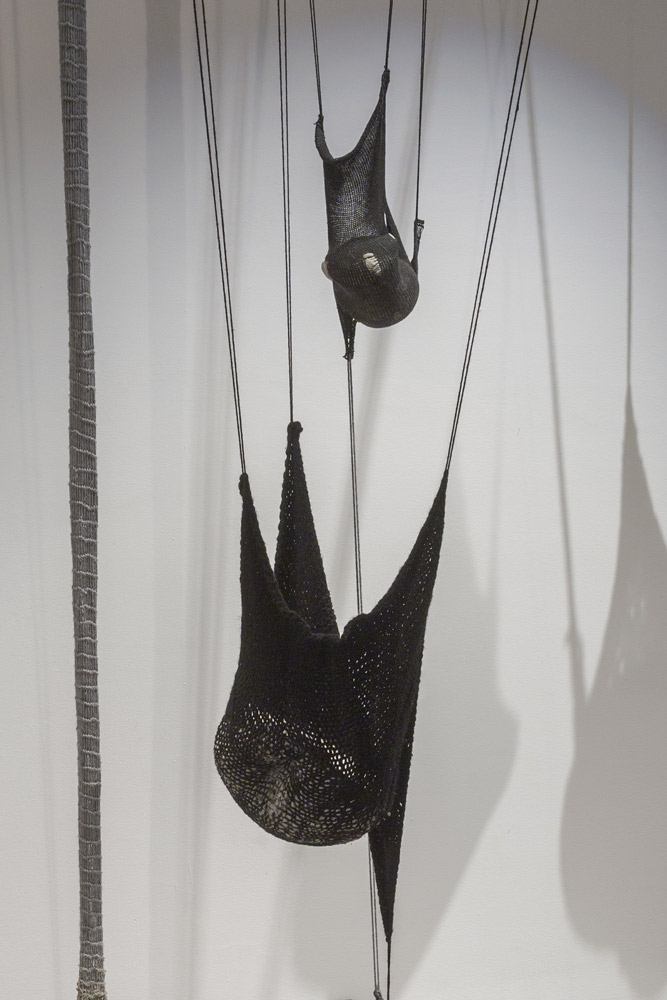 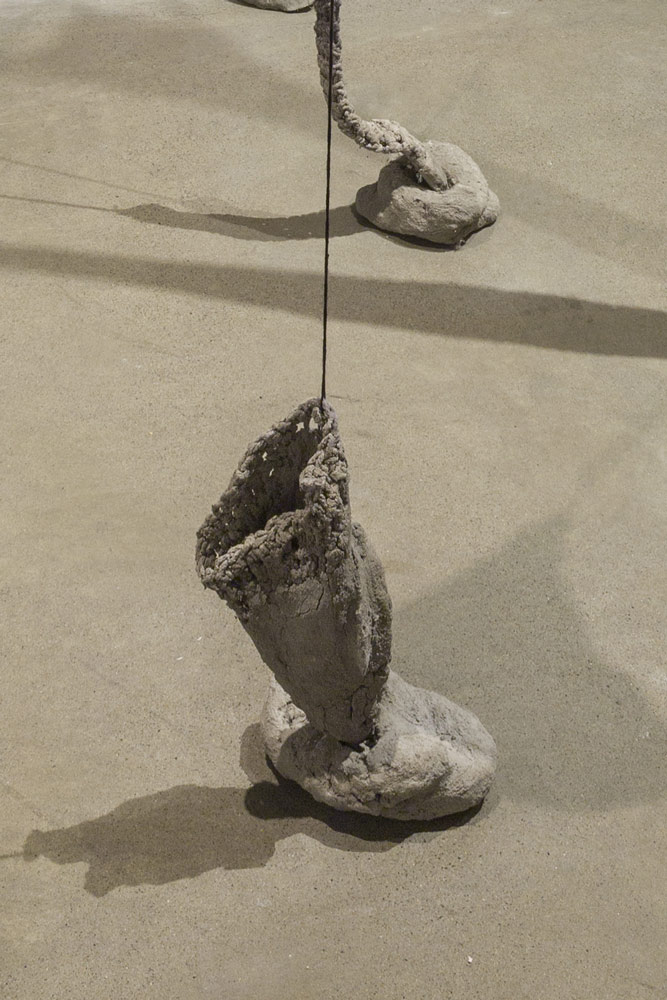